When I used to play with these tiny jumping spiders in my garden a few years back, I never realized these were very rare spiders for the biological world and an interesting subject for the researchers. 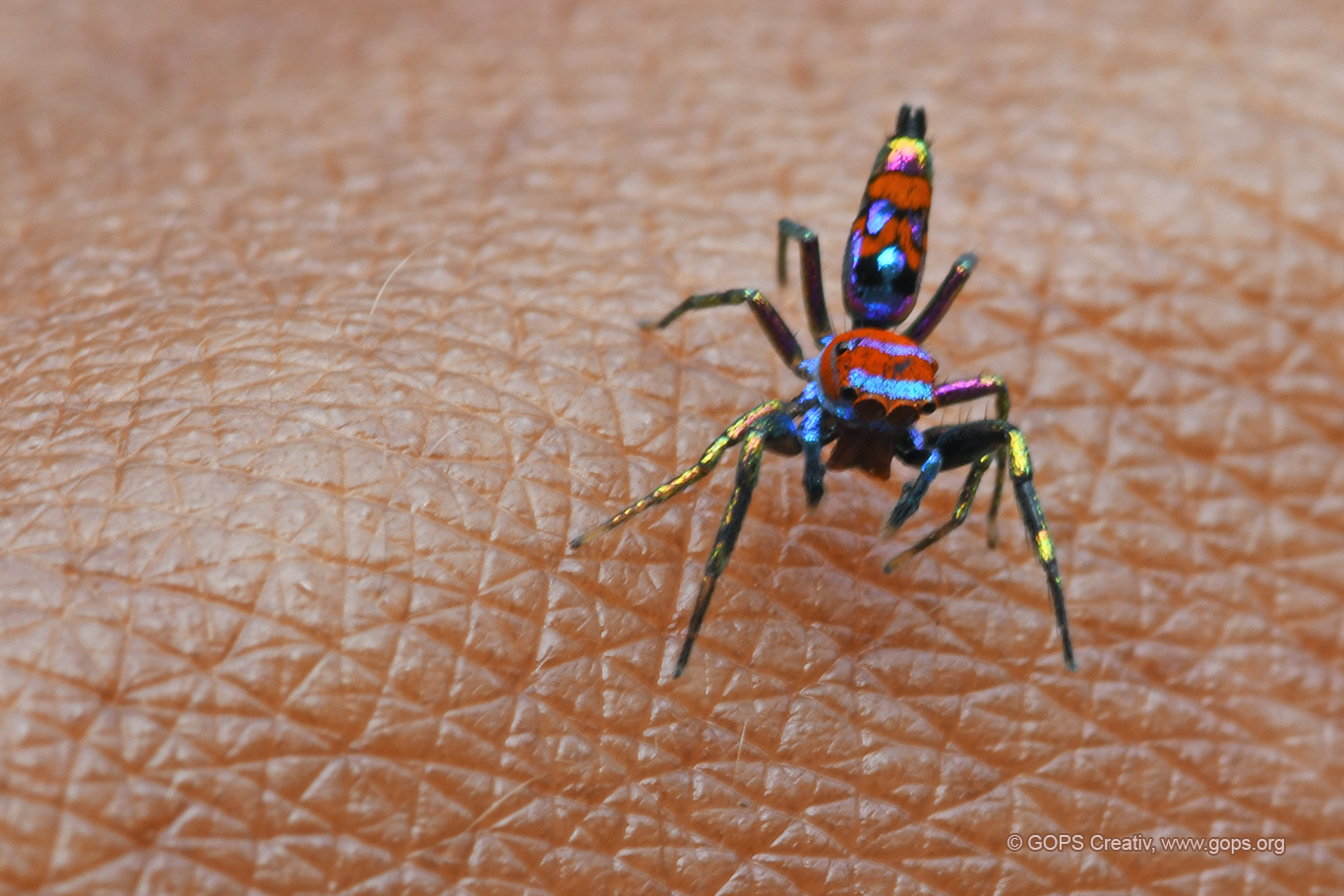 I happened to read about ‘Chrysilla Volupe’ which was believed to have been extinct for over 150 years and that was rediscovered at Wayanad Wildlife Sancuary in 2018. I heard that it was also spotted in Bangalore during the cleanup of Puttenahalli lake lately. Since I have been seeing these little guys in my home at Kottayam, Kerala much before that, I made some attempts to capture them on film. These naughty little jumping spiders are hyper-active and getting them on focus with a macro lens is an extremely difficult task. 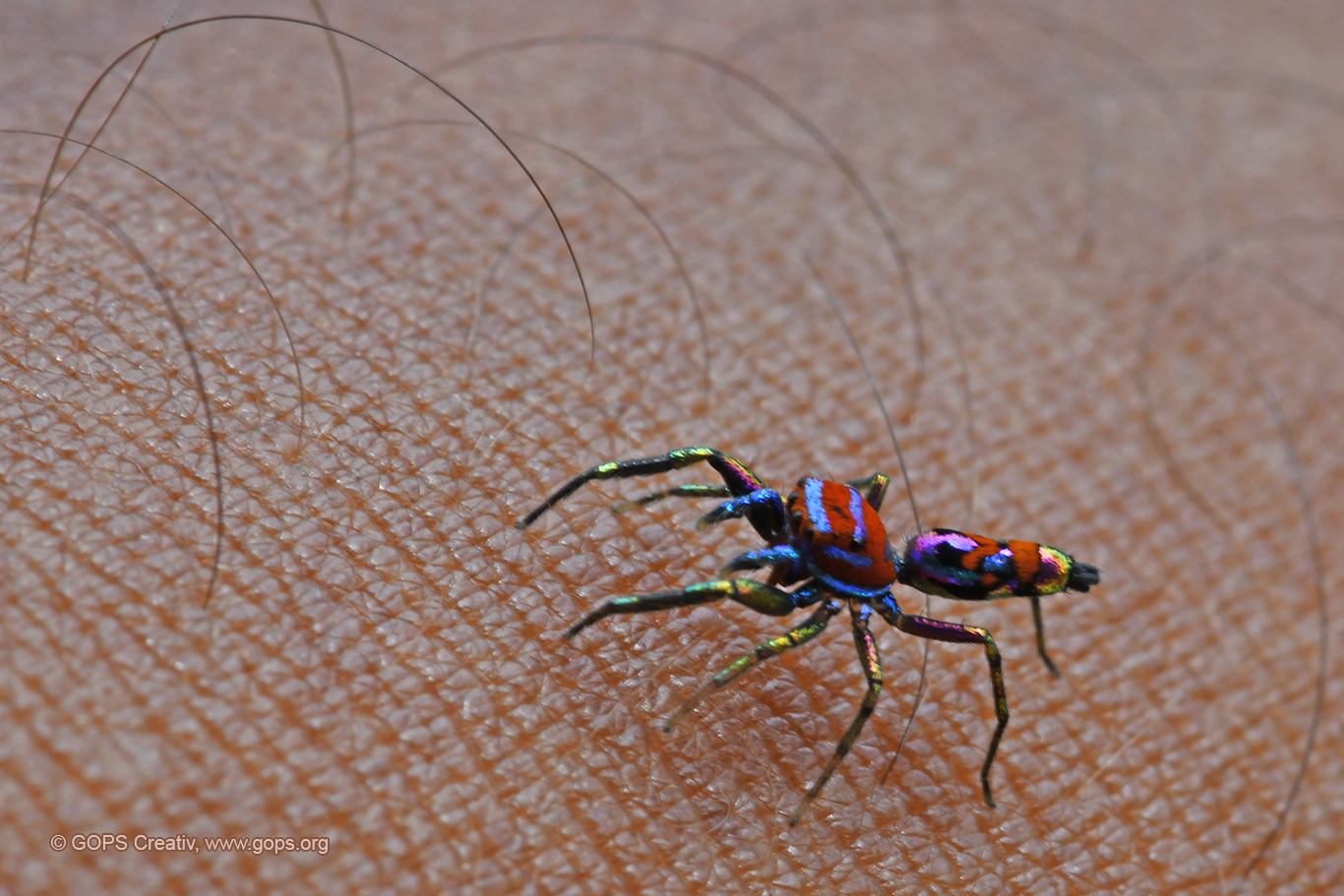 CHRYSILLA VOLUPE – MALE CRAWLS BETWEEN THE HAIRS ON MY HAND 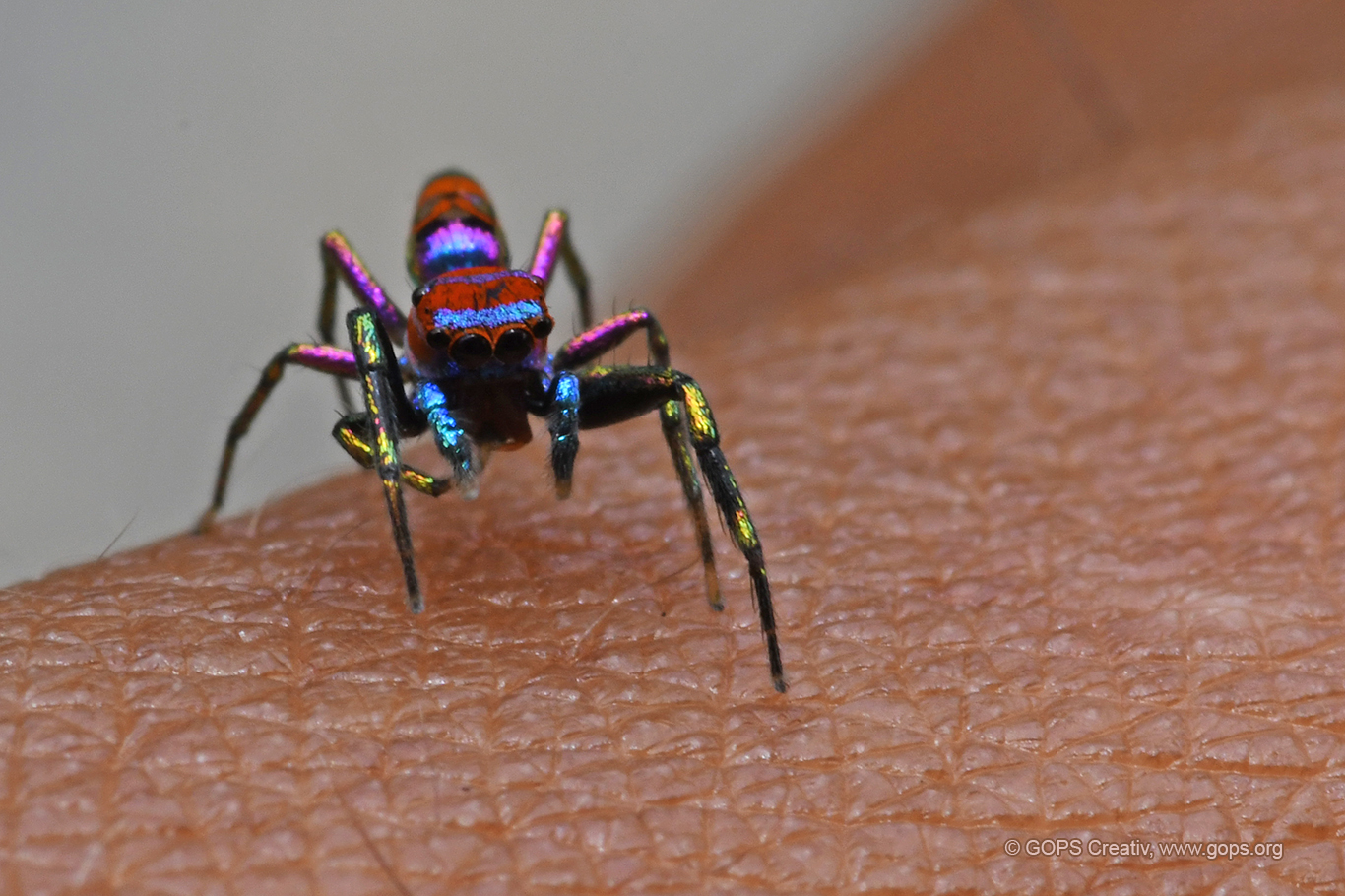 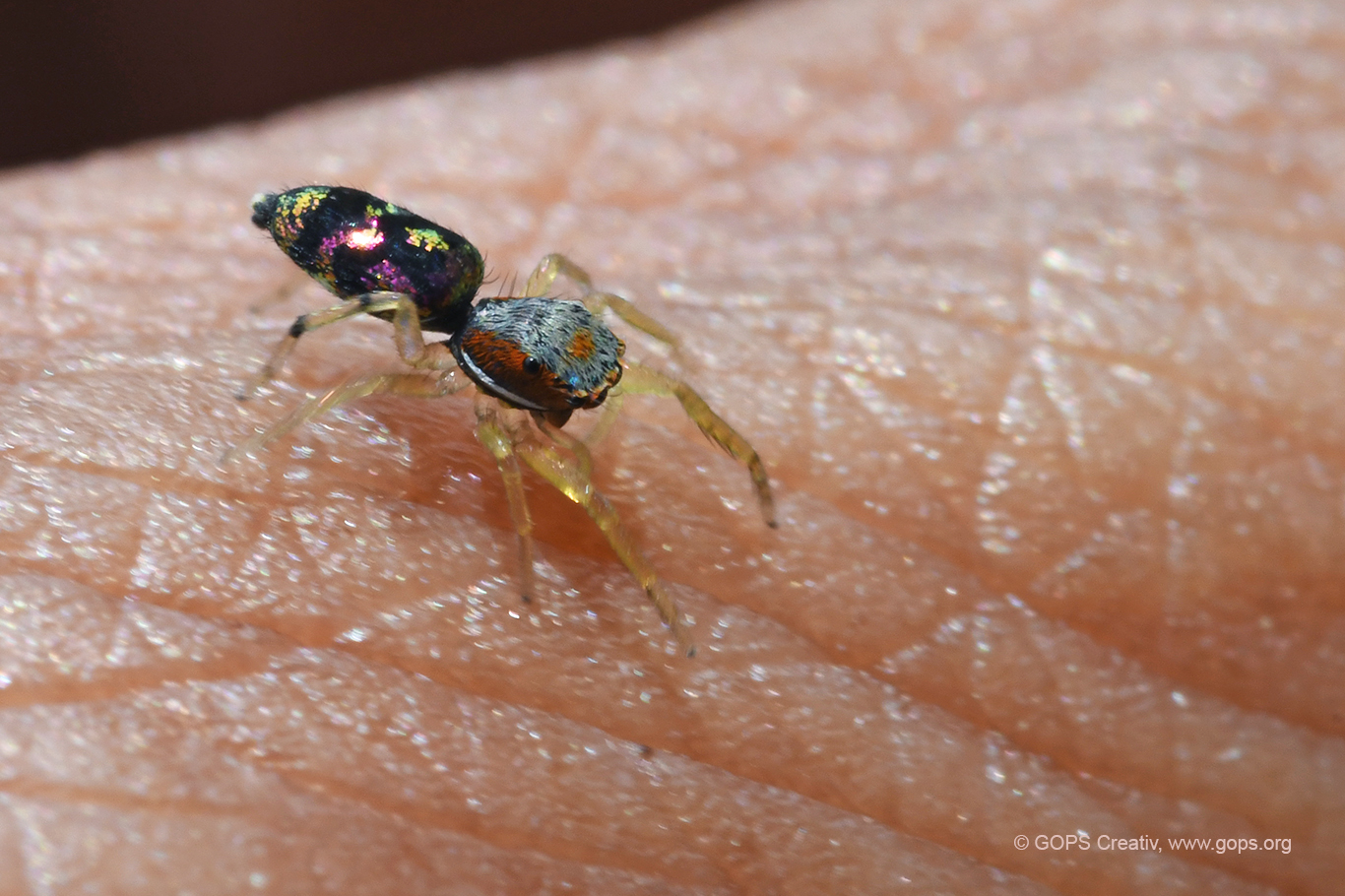 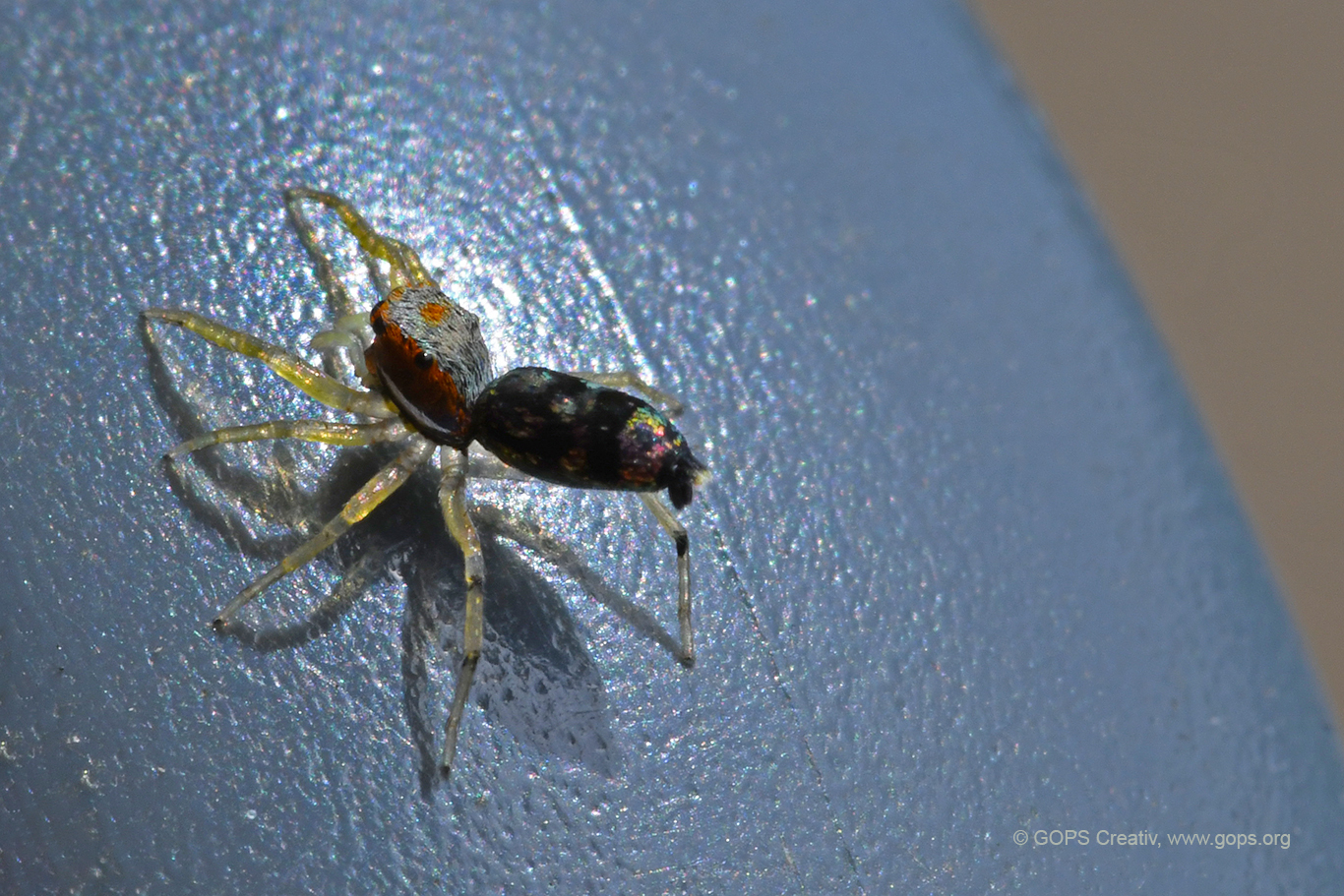 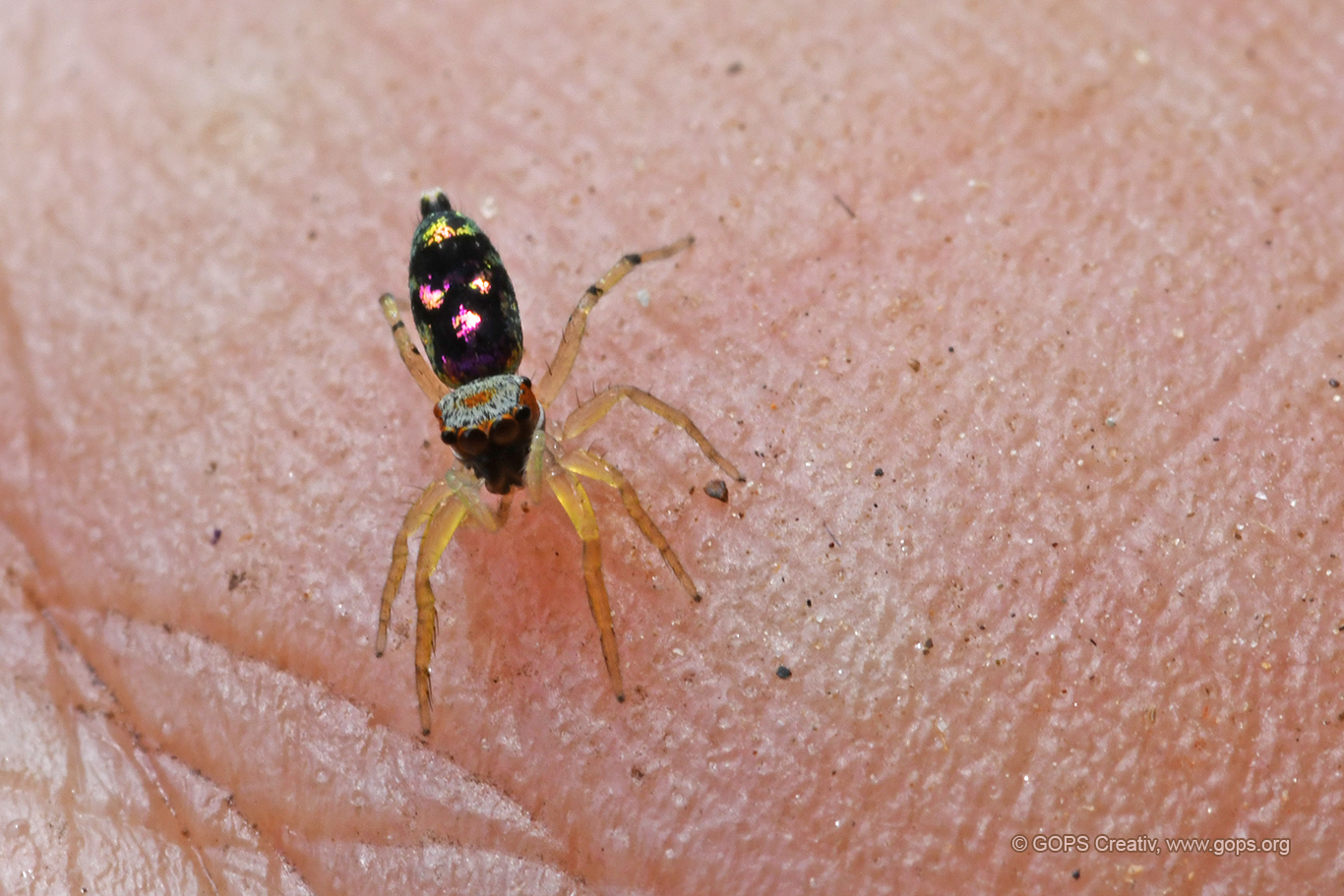 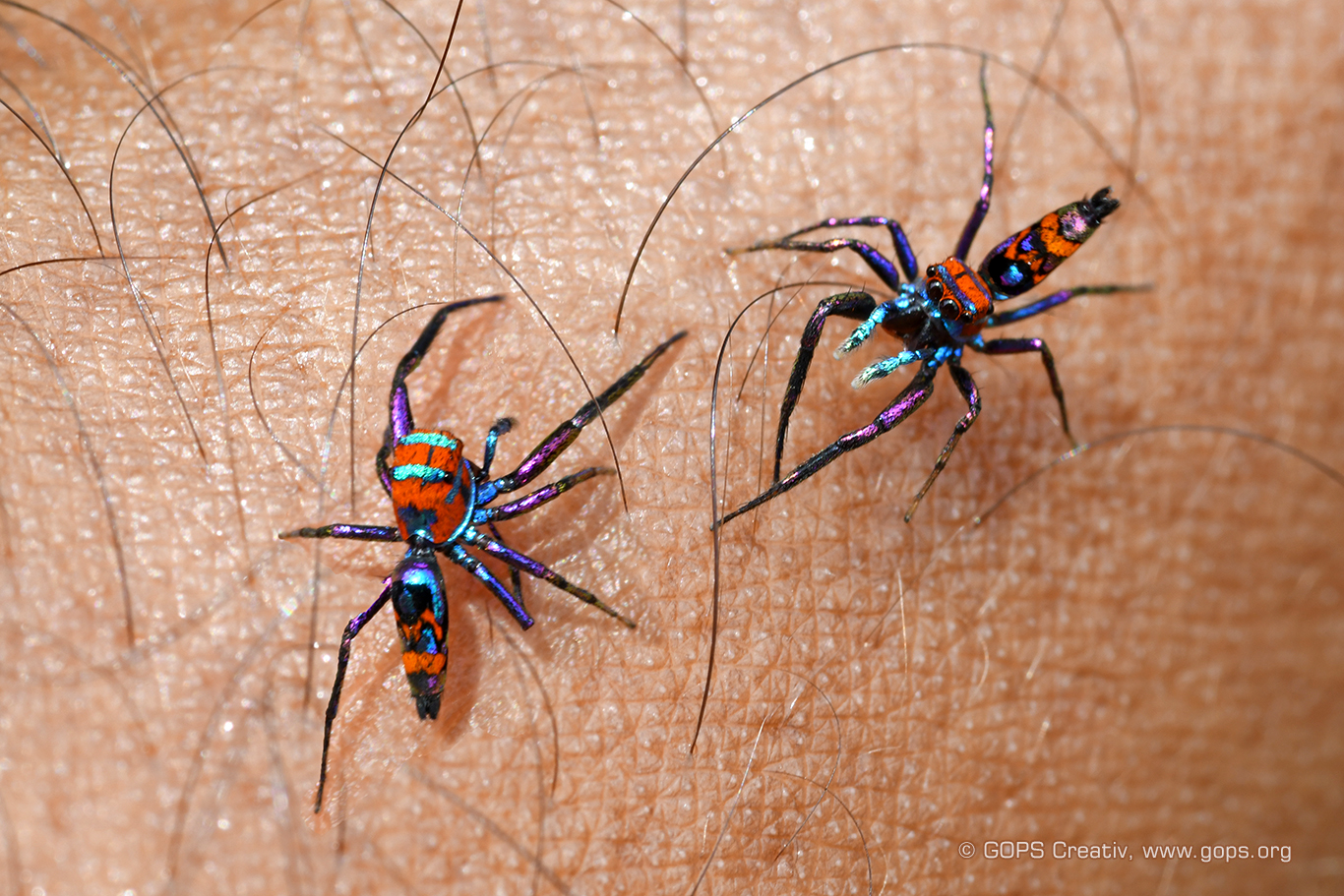 CHRYSILLA VOLUPE – MALES DANCE ON MY HAND. HEY GUYS, DON’T GET STUCK ON MY HAIRS

A few facts about these beautiful creatures :

1. These spiders belongs to the family of jumping spiders (Salticidae).
2. The head of the male spider has a reddish tint with two distinct lines of flurocent blue on top. The whole body has rainbow like luminous colors that appears different from different angles. Male spiders are 5.44 mm long including stretched legs and 1.76 mm wide.
3. Female spiders have grey colour heads with reddish side lines and yellowish transparent legs. Its body has glittering rainbow like colours. Females measure 2.61 mm long and 0.88 mm wide.
4. It is a native of India, Sri Lanka, Nepal, and Bhutan.
5. Holothele is a genus of tarantulas that was first described by Ferdinand Anton Franz Karsch in 1879.
6. The female species of this spider was discovered and documented 139 years later in 2018.

Please feel free to share these pictures and video.